I am attempting to to create a 3D model for out fNIRS cap on atlas viewer. The cap we are using is from artinis and it has reference points based on the 10-20 system. However, I have noticed that the the 10-20 system on atlasviewer seems to have some discrepancies. For example, on the left axes on atlasviewer, there are points T7 and P7 which should (i think) be points T3 and T5 based on the standard version (see first 2 attached pictures).

Could someone confirm if this is a discrepancy or if it is intentional? All the other reference points seem to be consistent though. If it is a discrepancy, would it be safe to assume that the differing points correlate to the assumed standard points (i.e. T7 is in the same area as T3 would be; P7 is in the area that T5 would be etc.)? 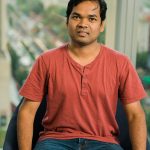 In AtlasViewer, we are using EEG-MCN system. It looks like some electrodes are renamed in this Modified Combinatorial Nomenclature (MCN) system like

Please see Higher-resolution systems section in this 10-20 wiki page. Let us know if you have any questions.