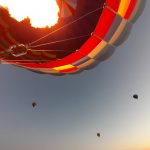 Homer2/3 uses a script written originally by Behnam Molavi and later adapted by Rob Cooper for homer and modified by Sabrina Brigadoi. The "iqr" input to this function [WaveletAnalysis(...,iqr,...)] is a constant to be multiplied by the actual IQR to set the outliers.

It does help. Thank you Meryem!